Display Supply Chain Consultants (DSCC) is pleased to announce its first hire in Taiwan. Leo Liu has joined DSCC as Director. Leo is a well-known expert in backlighting, LEDs, miniLEDs and microLEDs and will make an immediate contribution to DSCC’s reports and consulting projects.

Leo has more than 20 years experience in the optoelectronics industry including 10 years in backlighting and 10 years in LEDs. In backlighting, he made meaningful contributions to Global Lighting and Sinbon while in LEDs he played important roles at Arima Opto, Topco, Lumileds, Soraa and Lumini. He also spent time in market research and consulting at DisplaySearch where he focused on backlighting and LEDs and as an independent consultant to other firms.

According to DSCC CEO Ross Young, “We are extremely pleased to bring Leo Liu to DSCC and to create a presence in Taiwan. Leo is very knowledgeable on all aspects of backlighting, LEDs, miniLEDs and microLEDs and will play an important role in creating research in those areas for our clients. We have worked with him in the past and know he will make an immediate contribution to our efforts. In addition, we are thrilled to be in Taiwan which is arguably the most important region for tracking developments in LEDs, miniLEDs and microLEDs all of which will play growing roles in the future of the display market.”

Leo can be reached at leo@displaysupplychain.com. 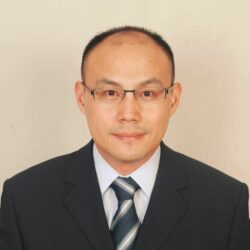