According to DSCC CEO Ross Young, “Despite weakness in current mobile OLED fab utilization, we continue to see healthy levels of OLED and LCD fab spending in China with awards and POs updated weekly in our Weekly PO and Equipment Award Database. China is clearly driving display spending and will account for an 88% share of display equipment spending in 2018 consisting of 83% of OLED equipment spending and 93% of LCD equipment spending at a total of $18.9B. China’s capacity growth is expected to rise at a 17% CAGR from 2017 through 2022, with no other region growing over 3%. As a result, China’s share of display capacity is expected to rise from 35% to 50% as shown in Figure 2. By 2020, China will have more than a 2X higher share than Korea or Taiwan.”

The latest issue of DSCC’s Quarterly Capex and Equipment Service added PI Coaters as a separate category and quantified the additional spending associated with integrated on-cell OLED touch sensor manufacturing, which is called Y-OCTA by Samsung. The Y-OCTA process flow, number of lines and the amount spent per line is quantified in the latest issue.

DSCC will also be organizing the SID Business Conference during Display Week on May 21st at the Los Angeles Convention Center where 3 Chinese display suppliers will be participating - BOE Technologies, Tianma Microelectronics and Visionox. At the same event, leading equipment suppliers Applied Materials, Coherent and CoreFlow will also be participating. Please contact dustin@displaysupplychain.com for more information. 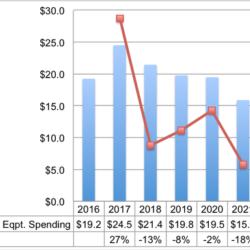 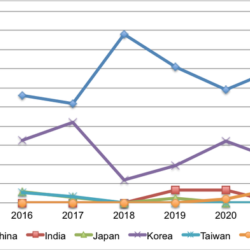 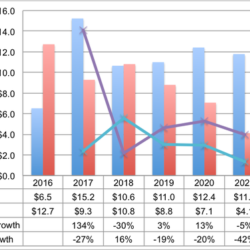 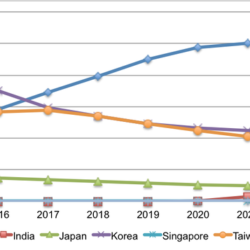