In response to rapid growth in the demand for its display market and technology reports and consulting services, Display Supply Chain Consultants (DSCC) is pleased to announce the opening of a Seoul, Korea office and the hiring of Calvin Lee as Director of Korea Operations.
​
Calvin Lee has more than 20 years experience in display market research and consulting. He started display market research in 1996 while employed at Samsung SDI where he covered the entire display industry consisting of CRT, LCD and PDP markets and technologies. After 10 years at Samsung SDI, he joined DisplaySearch in 2006 as research director where he played a key role in gathering display market data in Korea. He later joined DisplayBank as VP of Marketing, also covering the display market. After DisplayBank was acquired by IHS and merged with other display groups, he joined SNE Research where he covered IT, electric vehicle and battery markets. He graduated with a degree in electronics engineering from Hong-Ik University.

According to DSCC CEO and Founder Ross Young, “We are very pleased to be opening an office in Korea, whose companies play such a critical role in the display industry. I worked with Calvin at DisplaySearch and am excited to be working with him again. I am confident he will do an excellent job in supporting our clients in Korea while also gathering information from Korea for our clients all over the world.”

​DSCC has developed a growing number of display supply chain reports with particular focus on the rapidly growing OLED market including OLED supply and demand, OLED equipment and OLED materials. For Korean companies looking to gain more information on DSCC, Calvin Lee can be contacted at Calvin@DisplaySupplyChain.com and +82-10-3456-759 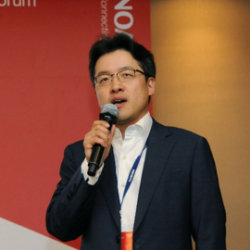