Highlights of the report include:


According to DSCC Founder and CEO Ross Young, “2017 – 2019 represents an unprecedented $72B of equipment spending on display capacity fueled by capital intensive OLED fabs targeting smartphones and TVs and 10.5G LCD fabs targeting the 65” and larger TV market. This level of spending would not have been possible without Chinese government subsidies enabling their suppliers to compete more aggressively on cost and scale with Korean suppliers Samsung and LG. Consumers will benefit from all of this capacity which will drive down costs and prices. This report does an excellent job of quantifying spending and capacity growth and identifying which equipment companies are most likely to benefit by quantifying current and future market share and revenues by equipment supplier.” 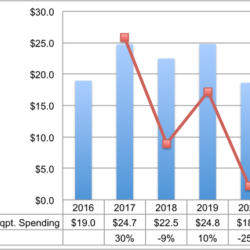 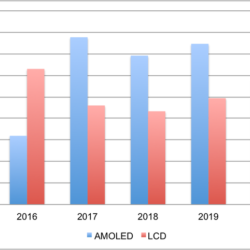 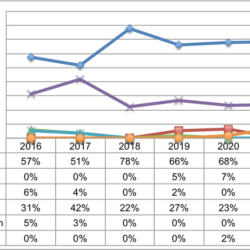 Display Supply Chain Consultants (DSCC) was formed by experienced display market analysts from throughout the display supply chain and delivers valuable insights through consulting, syndicated reports and events. The company has offices in the US, China, Japan, Korea, Taiwan and the UK. DSCC is on the web at www.displaysupplychain.com and can be reached in the US at info@displaysupplychain.com.