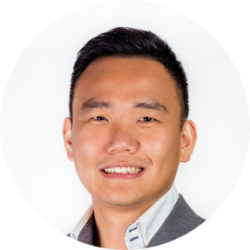 With the display industry increasing adoption of wide color gamuts enablers such as Cd based QDs, InP based QDs, narrow band phosphors and narrow band organic QDs in various display architectures. We will discuss why and how Perovskite materials hold high potential to play a significant role as a key enabler in certain display architectures (Directlit with lens, miniled POB, miniled COB, edgelit and Color conversion on OLED/Microled).

Jax Lee has over 10 years of technical and business experience in nanotechnology, displays, touch sensors and solar technologies.

Prior to founding NanoLumi, Jax was the Director of Business Development at Cima NanoTech, an advanced material company with over 100 patents for self-assembling nanoparticles, dispersion formulation and the manufacturing of highly conductive transparent conductors. During his 6 years at Cima, Jax led the commercialisation of SANTE® Technology, bringing it from the lab to pilot runs to mass production for real-world applications like large format projected capacitive touch screens. By successfully negotiating and establishing a joint venture partnership with Foxconn to manufacture large touch modules, Jax accelerated Cima’s business and kickstarted a series of joint development programs with international material companies.

At WK Solar, Jax led the set up of a greenfield manufacturing plant for CdTe (thin-film photovoltaic) in both Singapore and China. He was involved in key areas of the project including designing, sourcing of mass production equipment and selecting of new compatible auxiliary materials for the assembly of solar modules.

Jax brings his tenacity for work into his personal life, successfully climbing to the peak of Mount Kilimanjaro (5,895m) in 2013 and Huayna Potosi, Bolivia (6088m) in 2017. In his spare time, Jax enjoys scuba diving, skiing, hiking and is always up for a nice, cold glass of whiskey.