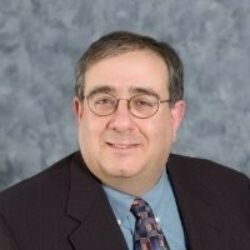 Stephen Baker is NPD’s primary voice on hardware. Baker has been commenting on the technology industry for more than 15 years. He was ranked as a leading industry analyst by AdWeek’s Technology Marketing.

Stephen Baker is available to offer expert insight and commentary on these and other industry-related topics.

Baker has been extensively quoted in industry publications such as TWICE andCNET, as well as business and news publications including The New York Times,The Wall Street Journal, Investor’s Business Daily, Business Week, The San Jose Mercury News, and The Los Angeles Times. He has also appeared on CNBC, Fox News, and CNN. He also contributes to TWICE’s Executive Insight column.

Baker has presented and served on panels at industry events such as CES, E3, Electronics Retail Summit, and Retail Vision.

Baker joined NPD when it acquired PC Data Inc., in March 2001. At PC Data, he was the principal hardware analyst and director of the overall hardware point-of-sale (POS) business. Prior to joining PC Data, he was a senior analyst in the distribution channels service at International Data Corporation (IDC). He began his career at Staples in 1986, helping to open the first office superstore in the United States.

Baker received his MBA from Northeastern University and a BSFS from Georgetown University.