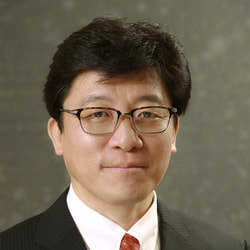 This presentation will examine the costs and key considerations for various Advanced IT and TV displays in the future including:

According to the aggressive investment plans by OLED panel suppliers, IT related FMM VTE RGB OLED displays will be a major focus.

SDC is now aggressively promoting rigid OLEDs for notebook PCs. In addition, Apple is said to launch an OLED tablet in 2024 by using a hybrid RGB OLED display next to its current MiniLED product. Apple is striving for thinner, brighter and longer lifetime OLED display with new advanced technologies such as tandem, rigid TFE and better mobility.

Rigid and Hybrid OLED displays will have to compete with thinner/lighter LCDs, LTPS LCDs and QHD/UHD LCDs especially in the high end of the Notebook PC market to fill in their new G8.5 to 8.7G fabs from 2024.

In the TV market, WOLED TV has been considered an advanced display. In 2021, Samsung VD began to line up many MiniLED TV models for its high-end line and introduced QD-OLED TV as its flagship models.

Yoshio Tamura is Co-Founder and President of Asian Operations at DSCC, based in Tokyo, Japan. He is a 26-year veteran of liquid crystal display (LCD) market research and consulting and is one of the foremost authorities on the LCD market and its supply chain. He started covering this market in 1990 at Techno Systems Research (TSR) where he launched their LCD market research business and grew it rapidly.

After 10 years at TSR, he joined DisplaySearch in 2000 as Senior Vice President and Founder of DisplaySearch Asia where he played a critical role in launching a large number of highly popular LCD-related reports. Mr. Tamura developed or co-developed the company’s core reports on large-area LCD shipments and forecasts by application as well as reports on fab utilization, pricing, costs, cost models, margin models, glass substrates, color filters, backlights and driver ICs. Most of those reports are still in existence today.

Mr. Tamura joined DSCC to co-develop a growing number of reports on OLEDs and other advanced display-related technologies. His vast experience contributes to DSCC consulting and event services, and he is a frequent speaker at display industry functions and conferences. Mr. Tamura is a graduate of Chuo University where he majored in international economics. He can be reached at tamura@displaysupplychain.com.