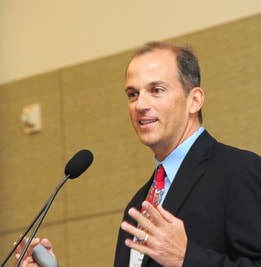 Ross Young is co-founder and CEO of DSCC. Previously, he started, ran and sold DisplaySearch which he started with less than $500 in capital and grew to over $10M in revenues. He has also worked throughout the display supply chain including at a TV brand, panel supplier, multiple equipment suppliers and a materials supplier.

Shortly after completing graduate school at UCSD and Japan’s Tohoku University in International Management, Young published a book on the semiconductor industry called Silicon Sumo: US-Japan Competition and Industrial Policy in the Semiconductor Equipment Industry published by the University of Texas.

Young also completed 12 IRONMAN triathlons including the World Championships in Kona in 2016.

You can also find him on Twitter at @DSCCRoss where he shares the future of the display industry with over 25K followers. He can be reached via email at ross.young@displaysupplychain.com.